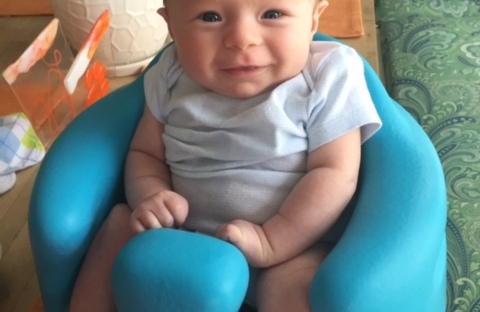 I cannot believe that Reid is already 2 months old (or young).  Time in a sense has flown by and in other ways it seems like Reid has been with us forever.  The first couple of months were definitely an adjustment and a learning curve, where Drew and I had to work together and communicate in order to survive the first 2 months with a newborn baby.  I wouldn’t change our ups and downs for anything (okay, well maybe the downs), as they have made us the parents we are today and made us closer as a couple and family. 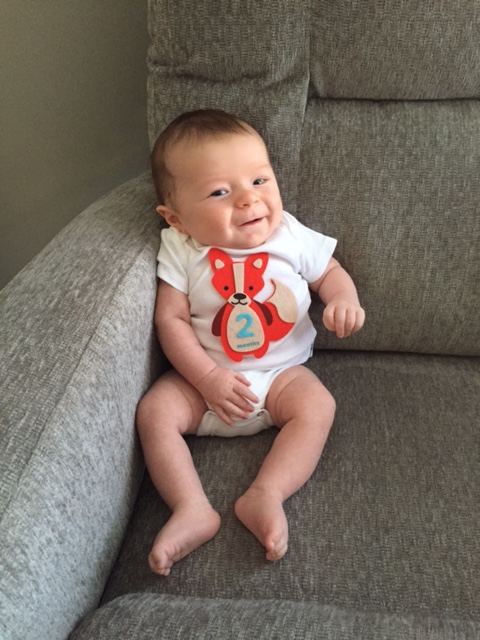 Drew’s mom and step-dad have been amazing with giving us the opportunities to have some alone time and date nights.  Drew had a work function a few weeks ago, and they came up to watch Reid while we attended the gala.  And this past weekend, they came up to babysit Reid while we went on our first official post-baby date!

For our date, we grabbed a drink at Sip before heading to the Amy Shumer show.  It was a gorgeous night with perfect weather and the rooftop bar at Sip was the best pre-show spot to enjoy a glass of wine. Following our drinks, we walked over to the Wellness arena to enjoy the show.  Amy Shumer was absolutely hilarious and we both laughed until our faces hurt.  It was a great evening–and the little boy slept the entire time for his grandparents!

Drew and I at Amy Shumer

We have said time and again that we want to make time for ourselves, even though we are now parents.  It was hard leaving him, but I completely trust Beth and Scott so it eased leaving Reid for a few hours.  I think it is very important for our marriage to go on dates, and I really hope that we will be able to go on a monthly date (or date every two months) in the future. 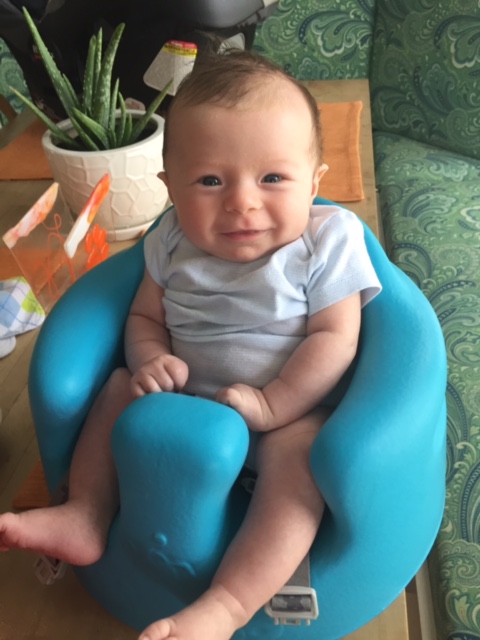 Reid Andrew: The Love of Our Lives

Over the weekend, we took Reid on his first “brewery tour” and went to Travelers Rest on Saturday.  We had a beer at the Swamp Rabbit Brewery and grabbed a bite to eat at Whistle Stop in downtown TR.  Drew’s parents are big craft beer fans and it was nice exploring the cute town of TR with them.  On Saturday evening I was planning on going to Christina and Ryan’s couple shower, but unfortunately I had to called it an early evening as I had only 3 hours of sleep (total of 8 hours between both Thursday and Friday nights).  It was the first time that I was unable to do something that I wanted to do, because I was exhausted from baby and knew it was in the best interest of Reid that I get some much needed sleep! #mommylife

He Loves His Daddy

Walking the Swamp Rabbit on Saturday

On Sunday, we ventured up to Asheville.  Beth and Scott went on the Sierra Nevada tour while Drew, Reid and I went to the Asheville outlets.  I know that Drew would have much rather been on the tour with his parents, but he was a trooper and joined us on our shopping adventure.  The Asheville outlets are amazing and really the cleanest, nicest outlets that I have ever been to (they are brand new so that helps!).  We had 45 minutes to do some damage and we walked away with 2 great weekender bags from Restoration Hardware, a button down shirt for Drew from Vineyard Vines, and a bucket hat that actually fits Reid’s small head from Carters.  It was a very productive trip!  You can bet your bottom dollar that I will be back–the RH outlet was amazing, I was less impressed with the West Elm outlet, but it was still nice to venture in both stores 🙂

Enjoying some Nibbles at Sierra Nevada

We finished the weekend by having a late lunch at the Sierra Nevada restaurant before saying our goodbyes to his parents.  It was a great weekend and I can happily say that I was well rested (as well as a mom of a 2 month old can be) by Monday morning! 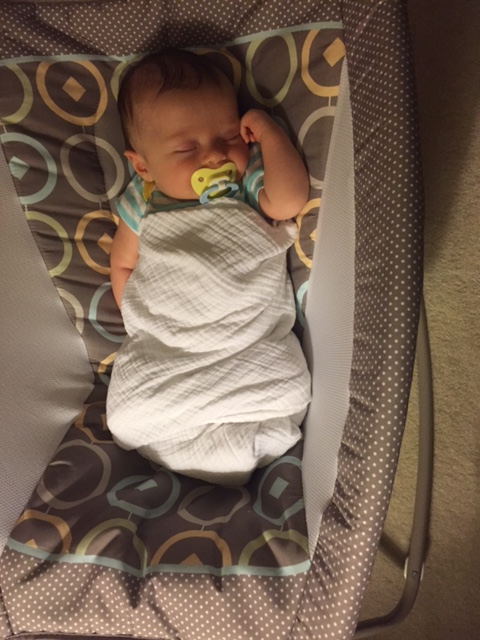