I write this with so much pride for my four year old: Reid rode a bike for the first time! I am beyond amazed that with very little assistance and skipping training wheels, he was able to ride a bike on his first try.  All I have to say is: balance bikes are amazing! 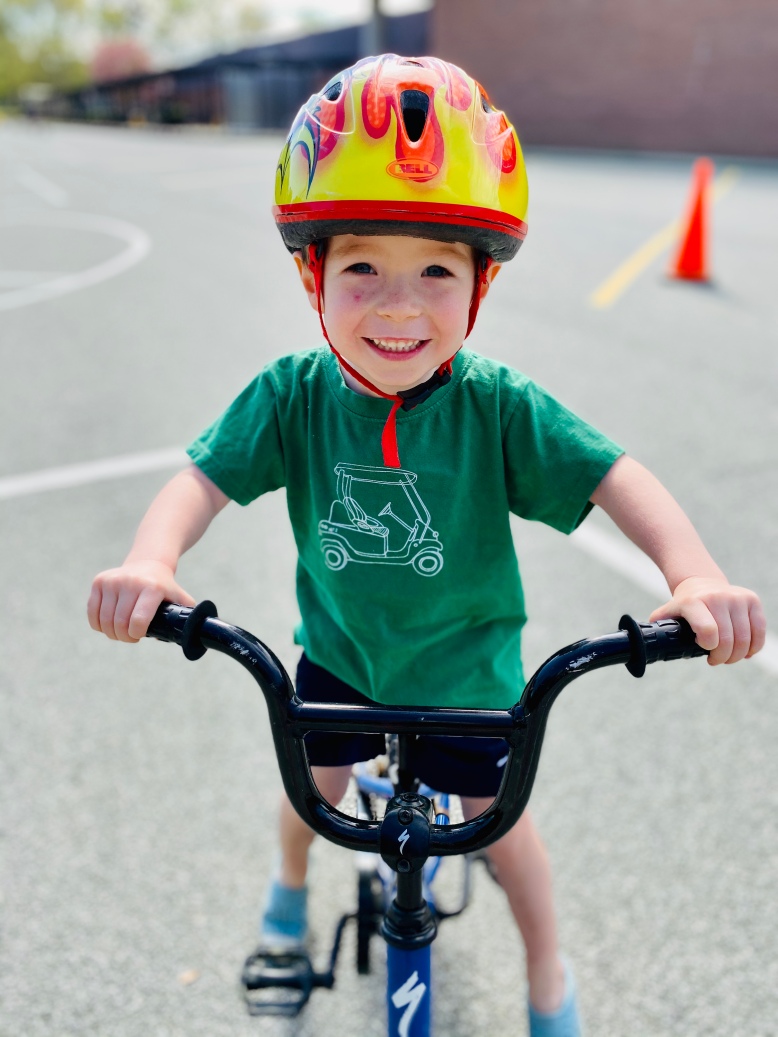 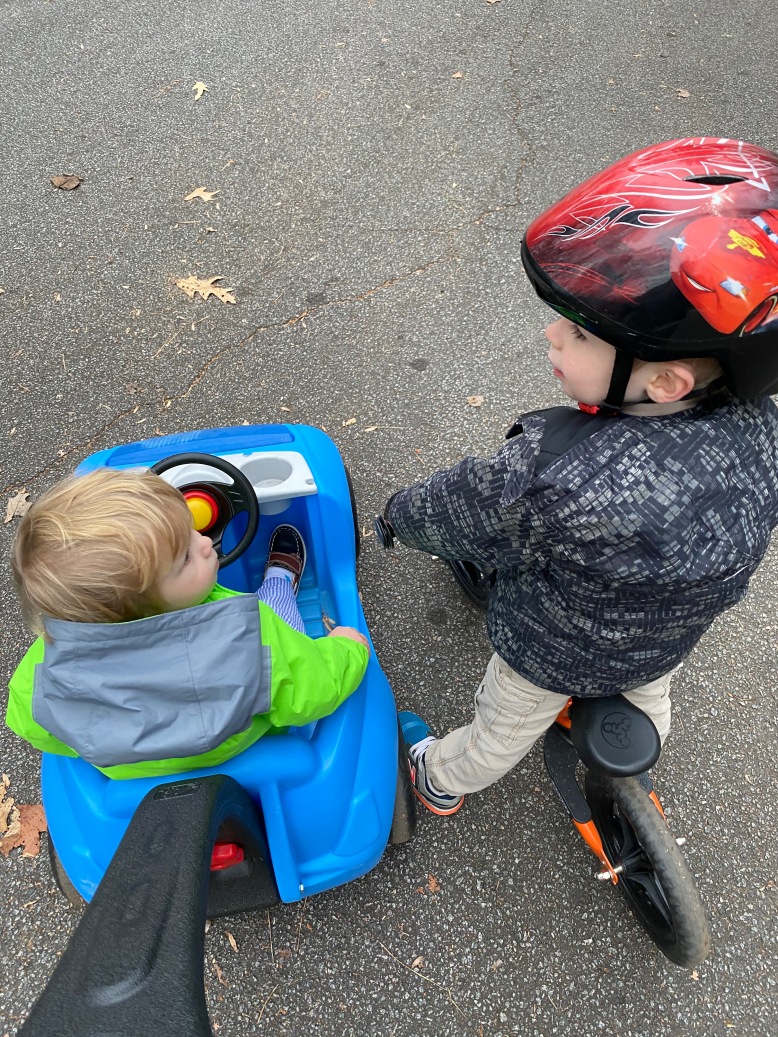 We gave Reid a balance bike when he was 2.5 years old.  He took to it pretty immediately and loved going on bike rides around the neighborhood.  At first he simply walked with the bike (probably for the first 6 months) and then around 3 he got the hang of it and would balance and glide along with the bike.  Around 3.5, I realized that he had issues pedaling so we bought a used Radioflyer tricycle for him to learn to pedal.  He would ride the tricycle in our front yard and got the hang of pedaling separate from using his balancing bike.

For his fourth birthday, I knew I wanted to get him a big boy bike.  I will admit, I made a mistake–I found a great deal on Facebook Marketplace and purchased it without researching.  Unfortunately, the bike was way too big (16 inch wheels, Reid is only in 3T clothes) and it was HEAVY (the same weight as my bike!).  It had training wheels and cool details on the bike, but it wasn’t practical and he wouldn’t grow into it for a year or so.  Long story…but basically, I made a poor purchase and realized I needed to do my research first and get him a different bike if we wanted him to ride solo. 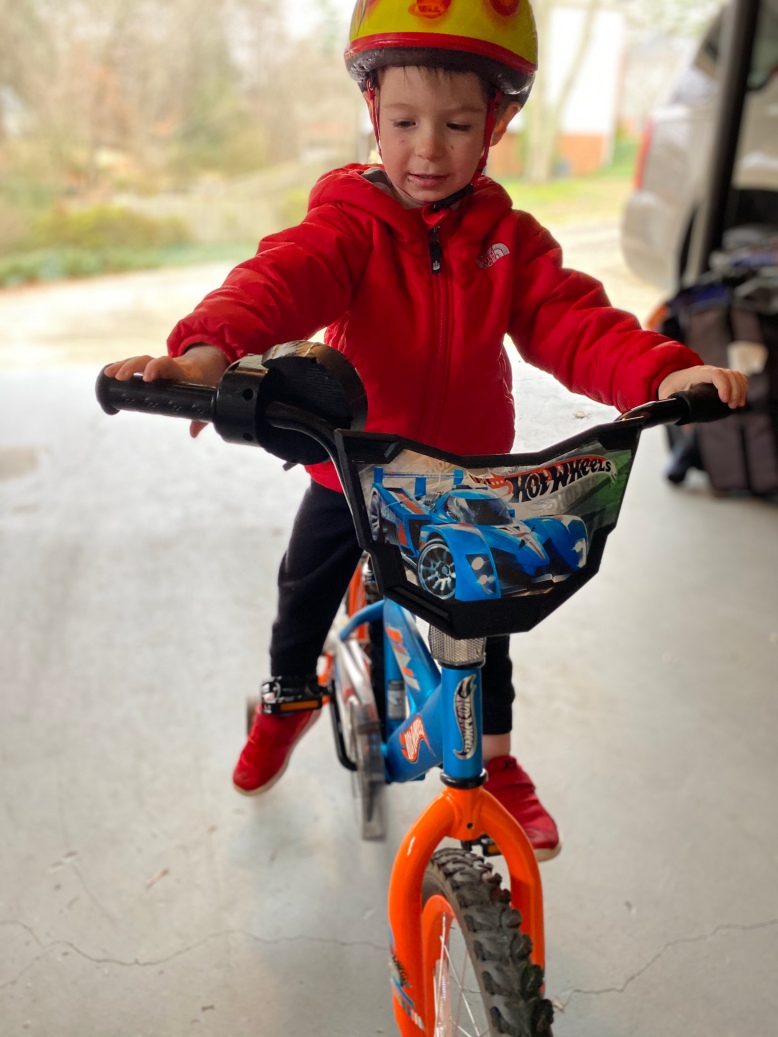 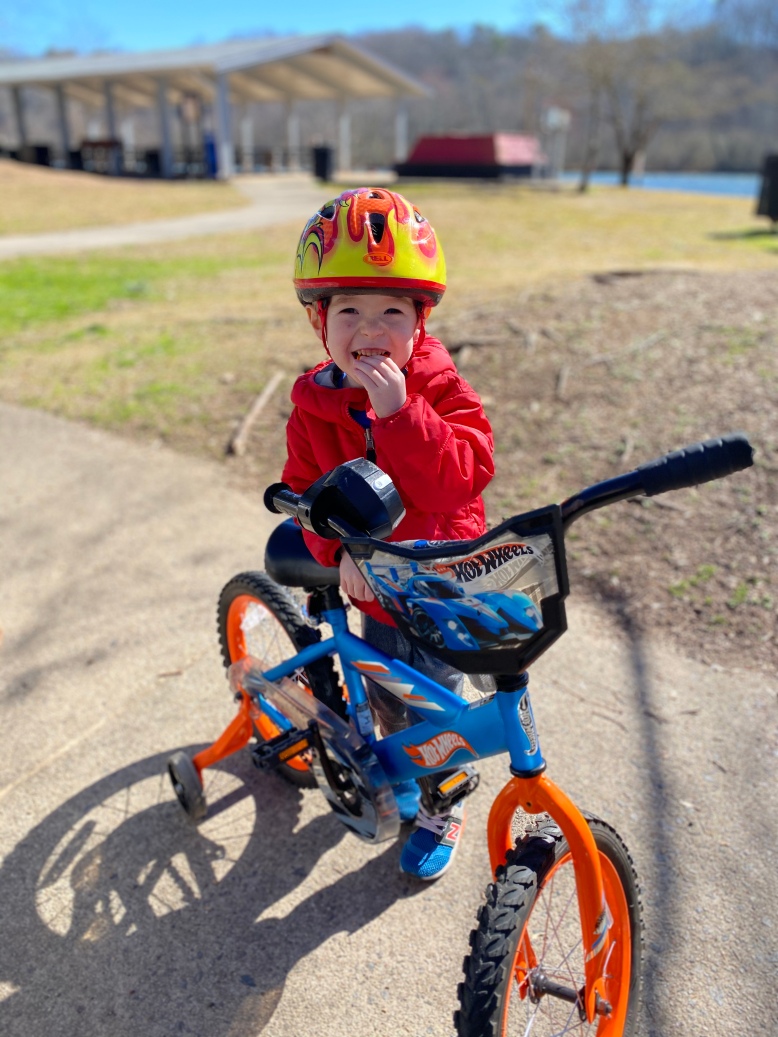 Last weekend, I found a used Specialized Hotrock (Riprock is newer version) bike with 12 inch tires on Facebook Marketplace.  The woman was looking for a bigger bike, so we literally just traded bikes (bye bye, poor purchase!).  We took the training wheels off of the much smaller bike and mentally prepared ourselves for lots of frustration and skinned knees–but to our surprise, Reid only needed help starting. He pedaled and rode his bike by himself on his first try!  We can literally take zero credit on teaching him to ride his bike, he did it all by himself! 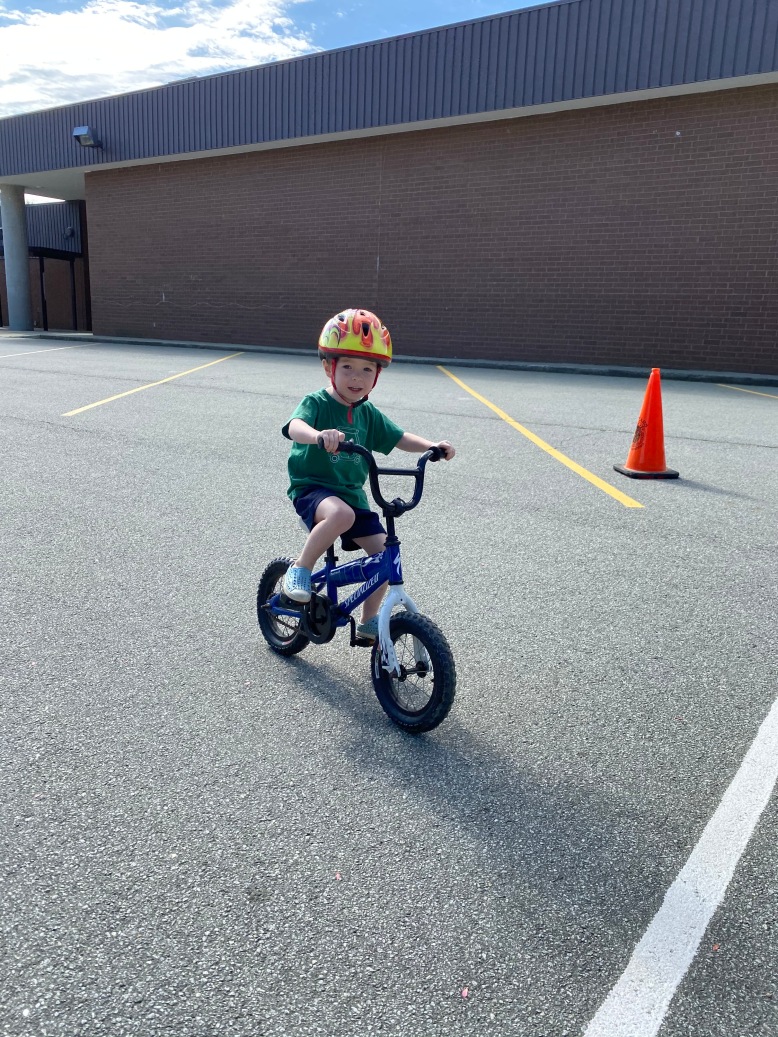 We are still working on starting and stopping his bike.  He sometimes tries to stop by using his feet like he did on his balance bike and needs a little assistance with starting the bike.  All and all, with a week of “practice” I am sure he will be able to do it by himself.

Tips and Tricks for Riding a Bike for the First Time:

It has been such a joy watching Reid ride his bike.  I felt like a mother watching her child grow into a big boy when I first watched him pedal on his own.  Seriously, a proud mama moment (with a couple proud tears shed!).  I know we will look back on the self quarantine/coronavirus time and remember most that it is when Reid learned to ride his bike…and for that I am so very thankful!