Hard to believe that metro Atlanta got over 6 inches of snow this weekend.  We had an absolute blast playing in the snow and enjoying the winter weather.  Reid was not so sure about the snow and wanted to be held the entire time, refusing to be put down!  I was quite surprised because most kids seem to love the snow, but every kid is different and I’m sure in future years I will not be able to get him to come inside when it snows!

The only time Reid would stand in the snow

Despite Reid’s anti-snow kick, we had a blast playing outside in the snow.  We made a snowman, threw snowballs, watched Scout go crazy in the snow and enjoyed the beautiful snowfall while drinking hot chocolate.  Unfortunately, we lost power at 6 am on Saturday morning and it didn’t turn on until 6 that evening!  We were already at a friend’s house to spend the night when my neighbors let me know that the power finally turned on. 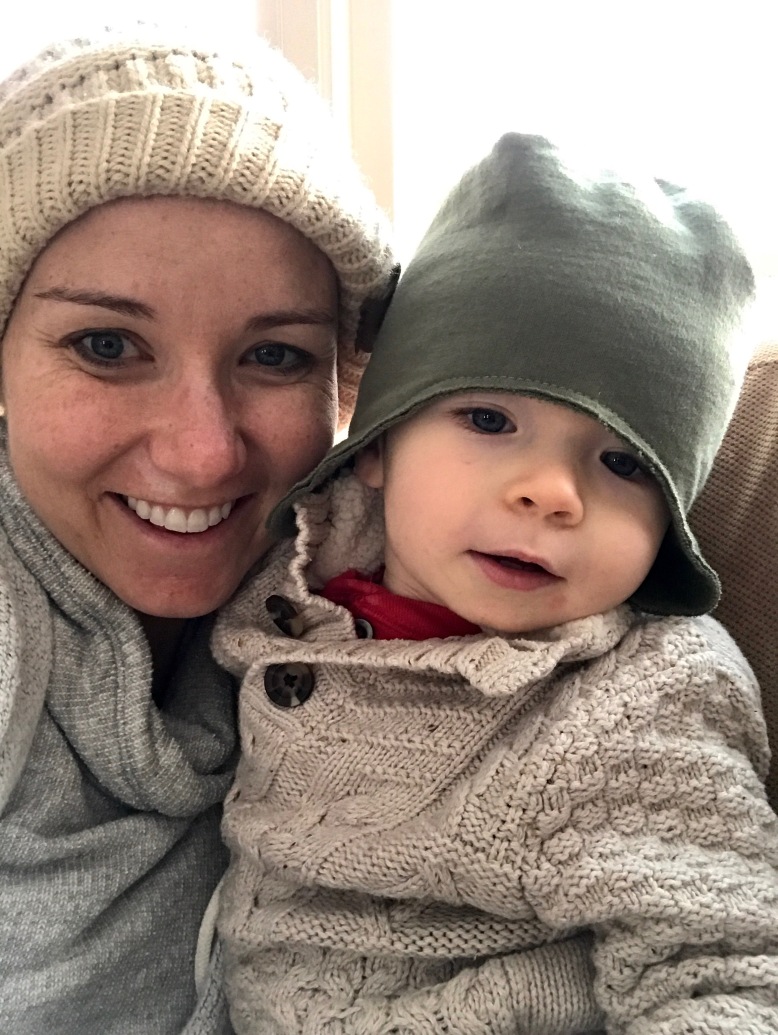 Trying to stay warm inside our cold house

Despite the loss of power, we had a fun time and didn’t want the weekend to end.  On Sunday, we organized the basement (finally!) and went to our neighborhood clubhouse to meet Santa.  I totally thought that Reid was going to be fine with Santa as he has been intrigued by the Santas around our house, but sure enough he screamed and cried when we tried to get him on the old man’s lap.  There is always next year, right!?

Happy Holidays from our little family