A new year, a new website and a new location! It has been a crazy start of 2017, but I am looking forward to all the exciting new things to come.  After months of debate, Drew took a promotion and we relocated to the suburbs of Atlanta, Georgia at the beginning of the new year!

It was a whirlwind of a couple months–buying and selling homes is not for the weak (I have taken a hiatus from watching HGTV because I seriously cannot look at anymore homes for a long while!).   Luckily, we sold our home in Greenville, South Carolina in under a week and found a beautiful home in Atlanta almost immediately afterwards!  Everything came together as well as it could (definitely a few hiccups between movers, closing dates, and our new basement flooding–but all ended up working out in the end!). 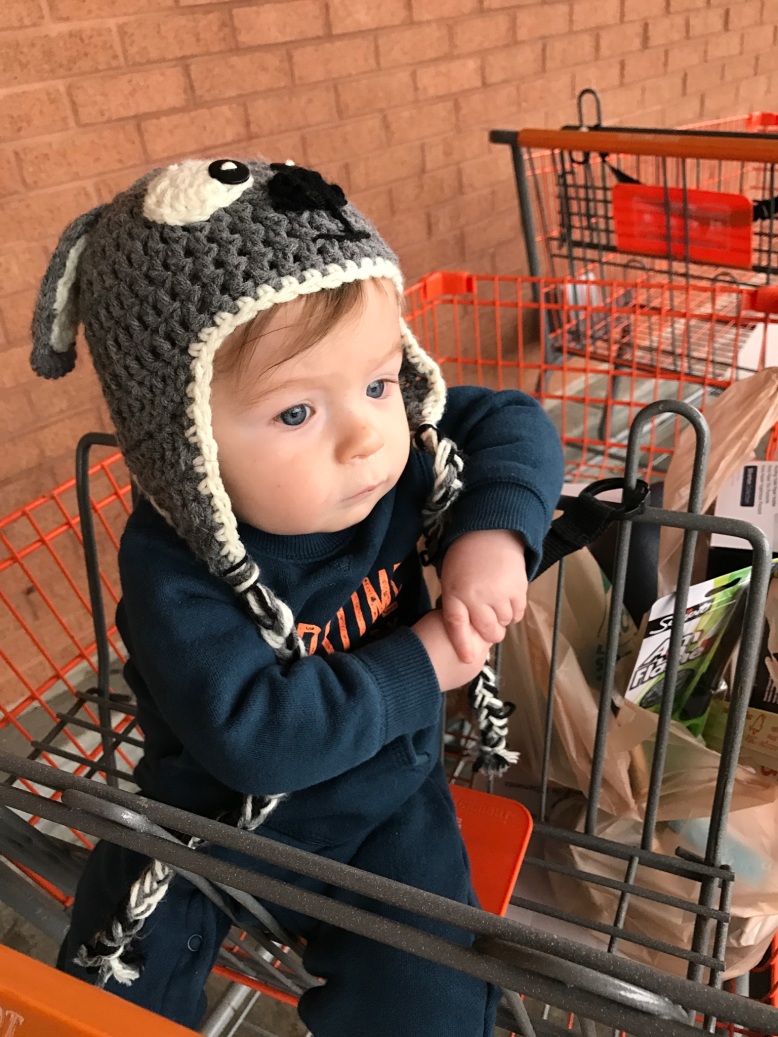 Great little Home Depot shopper–we have had MANY trips!

Meanwhile, Reid has been growing like a weed.  He is pretty small for his age, he has always been in the 10th-20th percentile, but he is definitely starting to look more like a toddler than a baby!  It is bittersweet as he is getting more animated and interactive everyday, but I miss the sweet little baby look and cuddles.  I know it is just a matter of time and he will be a full grown boy, so I am trying to enjoy every baby moment I can!

January has also been a month to celebrate Drew’s 30th birthday! We went on a family vacation to Snowshoe, West Virginia to ski/snowboard into Drew’s 30s.  We had an amazing time and it was a wonderful break from the hecticness of moving!  Needless to say, 2017 has already been a year of change and celebration.